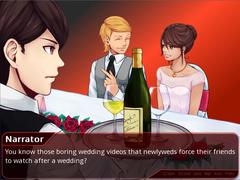 This the full first episode of Regeria Hope. Regeria Hope is a Visual Novel where you play as a female lawyer who can prove her clients innocent of crimes they did not commit, similar to the Phoenix Wright series of games. It is an episodic game, and new game play styles will be available as new episodes become available, and the choices you make will affect later episodes. There are plans to include a jury in later episodes, so you must appease jury members to have your client pronounced innocent, and to include ways to increase the replay value of trials by having your decisions in previous trials affect future trials in meaningful ways. The first trial has you defending a husband whose wife has been poisoned during the wedding reception. Currently you have the ability to interrupt witnesses and other characters while they are speaking, but be careful, as you have a time limit to solve the case! Featuring Art by Maesketch (Check her out at http://maesketch.deviantart.com/or http://hazakurain.tumblr.com/art ) Featuring sound production of voices by A. C. Menes. More information on her school of music can be found here. Regeria is voiced by May Low. Artemis is voiced by April-Ann Tass. 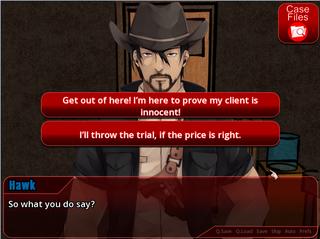 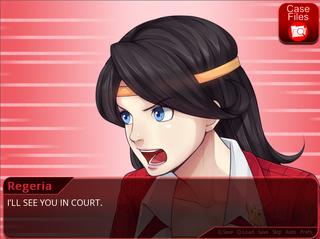 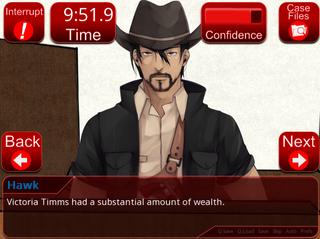 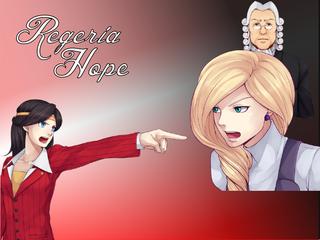 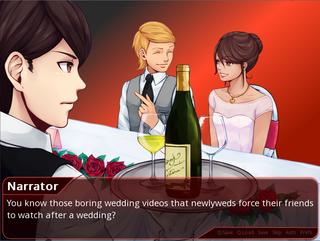