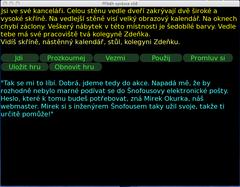 A text adventure from a government office. A fresh university graduate gets a job as a network administrator there. But his boss wants to eliminate him and replace him with his (the boss') son, so our hero has to fight to keep his job. In Czech language only. 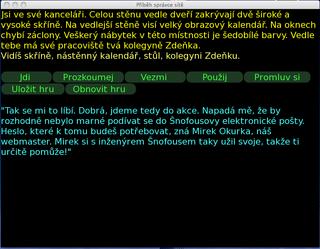 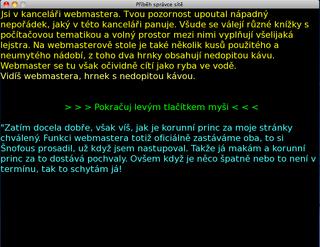