Plot For fans of Higurashi: When They Cry, Mafiosi: Le Loro Cosa is a kinetic novel about a mafia family known as the Gallos. The story is told through the eyes of the Gallo children, who range from the ages of 6-15, as they become involved in the shady dealings of the family business. The story begins with the sudden death of the family matriarch, and subsequently spins out of control when her two sons, Gerald and Xander, are put on the defensive, as former partners threaten to take over their collective business ventures for themselves. Mafiosi is a tale of loyalty and deceit, murder and survival, and both the strength and frailty of familial bonds. This particular novel serves as a prologue to a much longer saga, following the Gallos from childhood to old age as they are pitted against the outside forces of the mafia world, and eventually, each other as well. This installment of the saga is divided into four parts (=24 chapters total). Rated Teen for language, and descriptions of adult situations and violence. 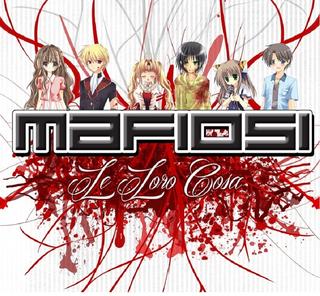