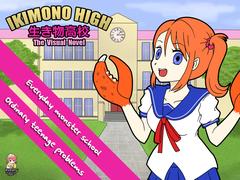 Ikimono High first started as a dating sim flash game on newgrounds back in 2015. Now, it's being remade into a full ren'py visual novel game. Story: Back when humanity was at its infancy, other beings ruled the world. On the present day they are called mythical creatures or monsters, but they aren't so mythical as we've thought. For thousands of years, humans and these beings lived together in harmony. Everything was all peaceful until something grew in the hearts of men. Fear. Because of this, they were separated by the gods. Humans have forgotten that they once lived side by side with these extraordinary beings. Until thousand of years later, when a human boy accidentally discovered them on their safe haven. Or was it fate? Join Kei Nakajima, the boy who reunited humanity and these beings as he transfers to an all-monsters school, Ikimono High. There he will face challenges like friendship, love and surviving the school year. 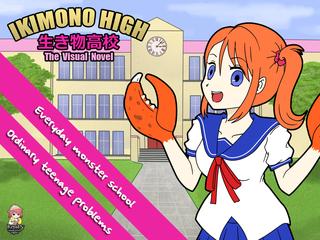