I Can't Believe These Ponies Are So Terrible - Chapter 1 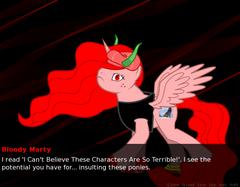 Buff McManly was a man living life on the edge, hosting auditions for a cause even he didn't understand and insulting everyone that appeared before him. He thought his quest had come to a close. He thought he would be able to retire and live a relatively normal life. He was wrong. Join Buff McManly as he embarks on another adventure! This time, the stakes are higher than he ever could have imagined, and with his back against the wall, he's going to need a tongue of silver to find his way back home. 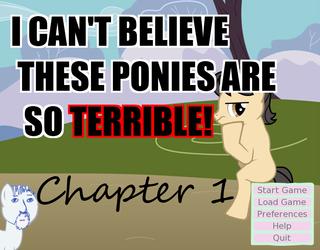 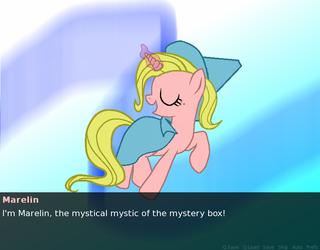 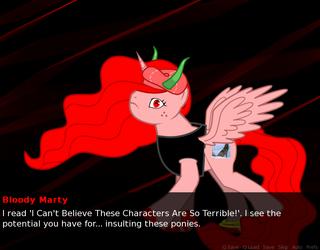