Submitted for Glorious Trainwreck's game jam "Trainwrecks from SPAAAACE," the only rule was that you have to use space as a theme. Anything and everything else goes. Originally, they wanted the game to be coded in 2 hours. This is the first time I have coded any project, so I extended it to 2 days so I could learn what to do. The concept I decided to run with is to take a Shmup that I have never played and create a back story to the game. Darius (sometimes localized as Sagaia) would be my guinea pig. The original localization was gibberish, so this was a fine game to begin my craft. Since I had a deadline to uphold, I left many unused assets in the file. Think of them as bonus materials. 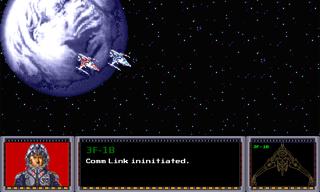