The Twins (GxB, Slice of Life) 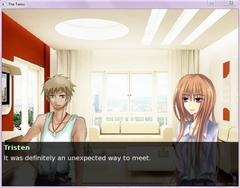 The Twins is a short and pretty interactive otome VN that I created as a way to practice with sprites before I start making more in-depth novels. There are three obtainable guys, each with a romantic, friendship, and bad ending. Also, I've tested it through a couple times but there are still probably some errors. Let me know on the LemmaSoft Forums if the game gives you any trouble. This time it has anime sprites instead of real people. (And hopefully with my new drawing pad I won't have to ever use Google images or MS paint again~!) The download of the novel includes a word document with a walkthrough of the game(if you have issues with the walkthrough, check the LemmaSoft Forums because some of the other players had an issue with a path). All sprites(except for the chibis, I did those) came from BassAnime, and the backgrounds from Google Images. All of this and the music is credited upon the ending of the game. Hope you enjoy playing~! Official Website: http://imnotsayingitwasaliens.webs.com/thetwins 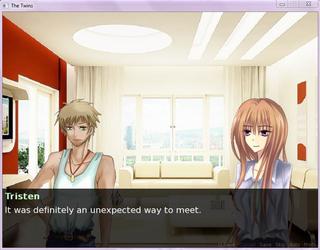 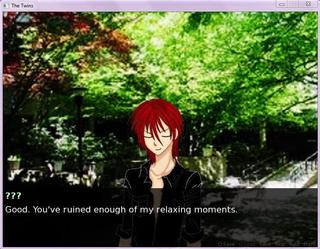 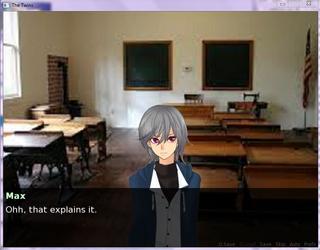 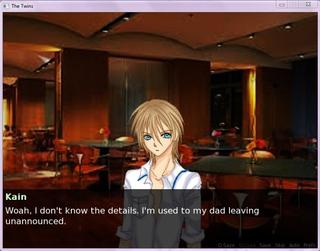 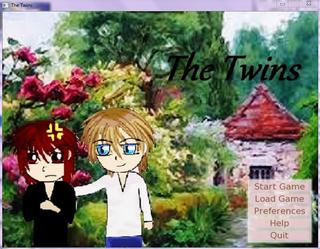