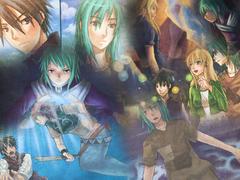 People of all ages and races are astonished by the beauty and underlying rage of the big blue mass that coats most of our world. Many things are unknown about the sea, and many things have been made up about the magic and mystery because no one really knows. One particular myth is that of the mermaid; half human, half fish, able to breathe underwater and sing most beautifully. Most people now discard such stories, following logic's explanation that such creatures are impossible, but what if they were wrong? The city of Murone [Mu-row-neh] is one that resides below the surface, merpeople and other types of sea dwelling creatures live in this warm water haven. Merpeople fear the above world for several reasons. The main concern is discovery. How would the humans react to finding that merpeople really did exist? Most merpeople shudder to think. However, some merpeople venture out of their watery haven and explore the world above at their own risk. There are two islands near Murone: Ibis and Ibon. Each are home to humans and forest creatures. Ibis is larger in size and is currently hosting the Summer Festival. A giant bridge connects the two isles. Now fate will bring the sea and the land together...the fate of both lay in the hands of a small group... Will history be re-written, as waves upon the sand? .... Or will bloodshed remain? 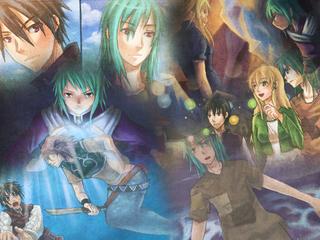